60 artists from across the European Union. attempted to answer with an image, What exactly ‘European identity’ means for them.

Each artwork was printed on banners and places on different areas of European neighborhood Brussels during the Iris Fest under the Mixity Brussels 2017 project.

The idea for my proposal came naturally I just had to take a look around my surroundings. Since I had been living in that city since 2012.

The illustration represents the diversity that you may find in this city. I have always seen Brussels as a multicultural city. This is the reason why I wanted to illustrate what I saw and whom I relate on a daily basis. I started with the main character, which I added another and so on. Until I managed to create with all the characters, a silhouette in the shape of a heart.

You may see, characters with different professions and ages, from doctors to artists, young and adults, sports enthusiasts and students, couples, mothers, and children.

One advantage of this geometric style of illustration is that it allows me to keep adding lines and creating characters as I go on.
The color palette comes from the same European Union. Since I had to answer, what was the European identity, I decided to use only blue and yellow, so I could unite all characters under one flag. If you like to see some pictures of the expo. Visit Urbana Project 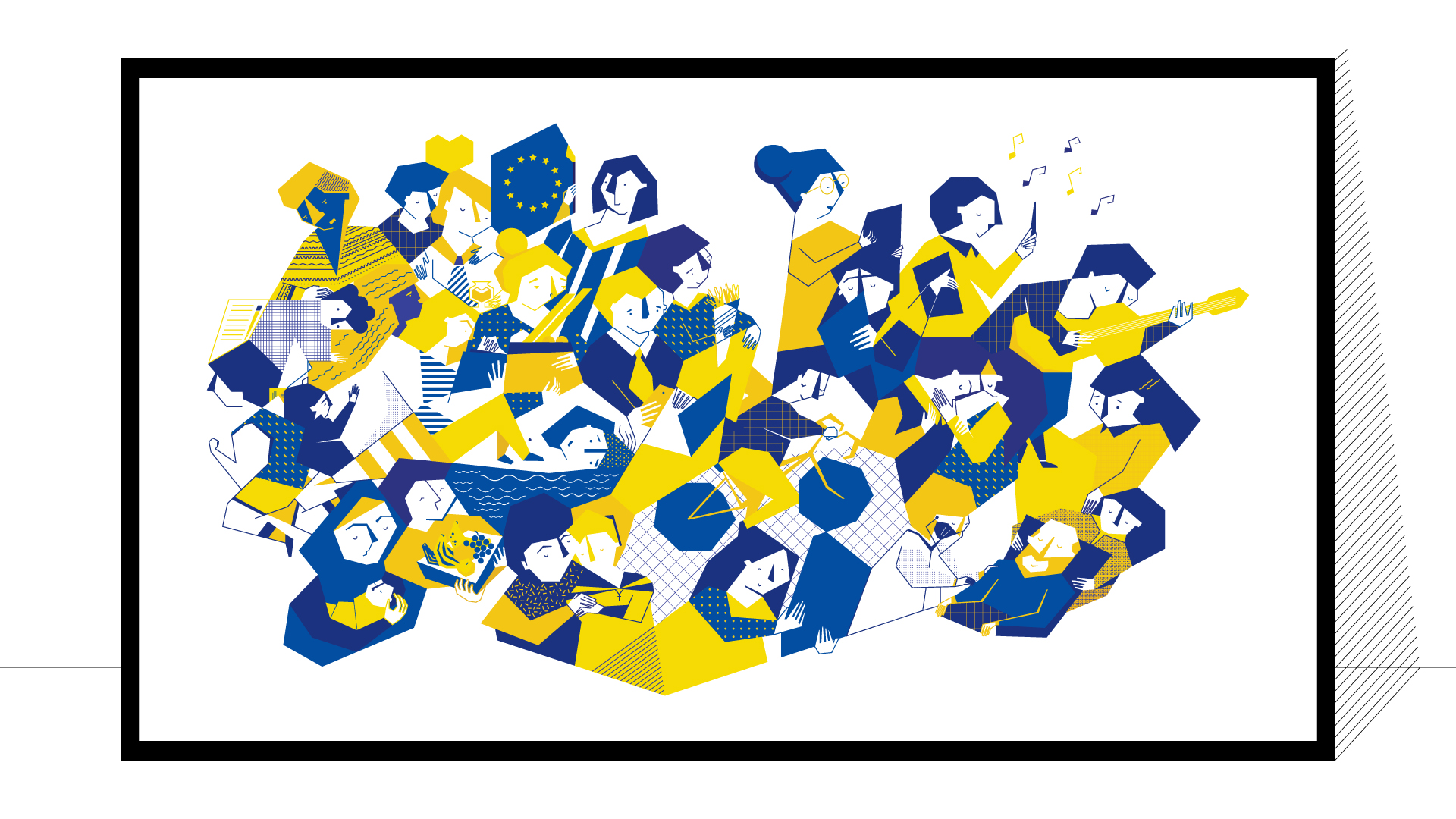